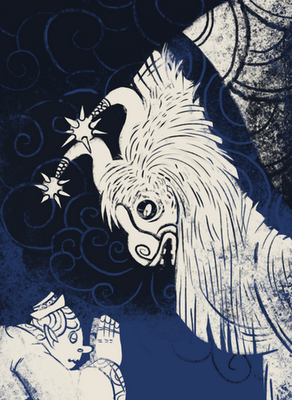 Yakfolk are a race of heavy-furred bovine men who make their homes in the beautiful verdant valleys between mountain peaks. They stand smaller than a minotaur, but are much more civilized than their brutish counterparts. They dress in fine silks and decorate their horns with silver and tassles. Despite their utopian towns and culture, Yakfolk are brutal slavers and each member of their race usually has many human, elven and dwarf slaves. They're learned in magical arts, with the innate abilities to fuse their bodies with that of another humanoid creature and to control evil genies. Their signature weapons are the falchion and the magical staff.

Special thanks to Joe with helping me figure out an interesting way to set up the layout and style of this image.

Also I think I'm done with all the blend shapes for my goblin. Currently working on the tongue and figuring out how to set up some controls. 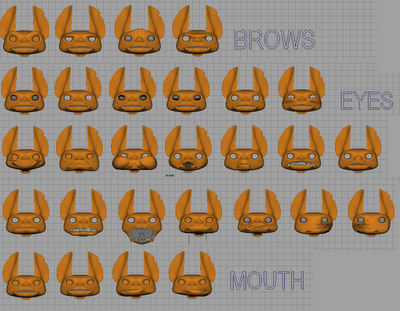