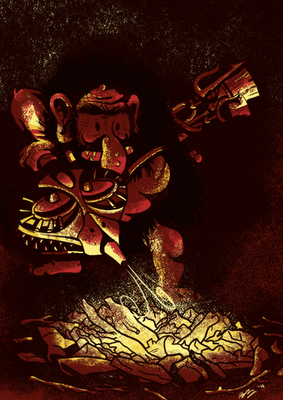 Domovoi are fey of the helpful variety. They're normally found near places of civilized activity, homes or campsites. In exchange from some scraps and maybe some milk, these hairy little men will keep your fires live and warm. They're slippery creatures, and prefer not to be seen by the people they're helping. Even if you got your hands on one you'd find it difficult to keep a grip on them; they're covered in a fine layer of soot and ash, making it difficult to keep a grip on them.

"...wants to help me" was the winner for last week's poll. It was pretty close for a while, since "wants to eat me", "is three times bigger than me", "is tiny" and "is surrounded by its minions" where all tied with four votes each before the winner got an extra two clicks. I'd actually found a creature that could fit all four categories. Oh well.

Domovoi are creatures of Russian/Slavic folklore (as if you couldn't tell). They have a slightly more malevolent counterpart called the Dvorovoi. These other little men were in charge of barns and livestock, but could make your cows sick if they were in a bad mood.

The poll for this week is terrains. You can select multiple answers in this one.

Also, more work on the goblin. A friend helped me out by making some suggestions on the hand and clothes modelling. He's also now got teeth. Further crits would be appreciated. I'm probably going to start trying to figure out how to do blend shapes soon and that's the kind of thing where I need to be 100% certain on the model itself. 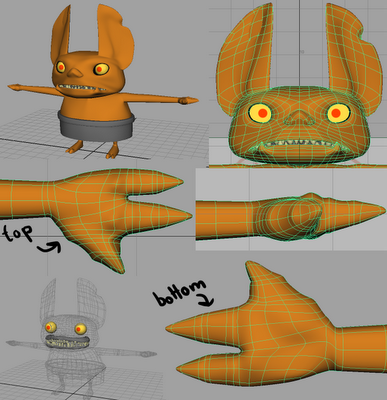