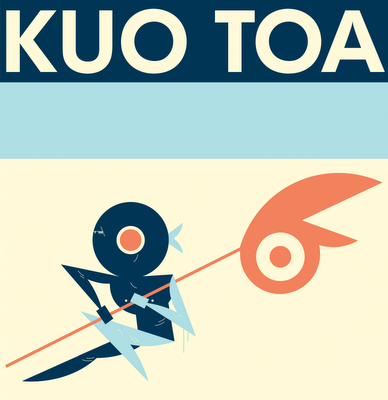 The Kuo-Toa are a race of malevolent amphibious humanoids living in coastal areas. They are violent and worship their own goddess, Blibdoolpoolp, "Sea Mother" in their own language, to whom they give bloody sacrifices. Their skin produces a sticky slime, giving them an edge when it comes to wrestling. Their signature weapon is a spear with a pincer at the end, which they use to immobilize large opponents.

Image given to us by Jack Cunningham, an illustrator-animator with a defined graphic style. He and Joe Bichard are responsible for the very lovely film Mars!, a film about space travel with some extra messages about our effect on the planet.
Posted by Blanca Martinez de Rituerto at 20:24