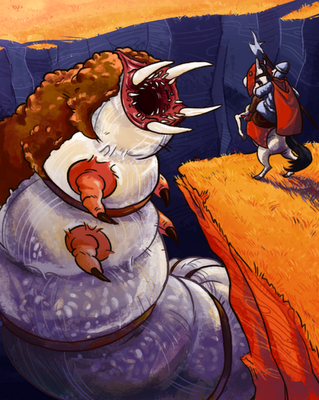 This creature is one of the more high-level encounters, where a character needs to be at Conan levels of strength and Merlin levels of magic. It's a pretty slow creature, so it's always possible to run away.
Posted by Blanca Martinez de Rituerto at 13:20