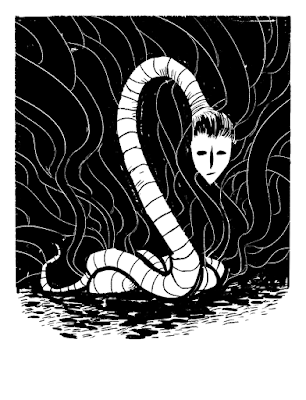 Nagas are snakelike creatures, and are, by and large, rather evil. They inhabit the dark and dank parts of the world, using their strength, cunning and magical ability to keep lesser creatures in thrall.

Nagas, like Liches and Beholders, fit in nicely as an enemy in almost any campaign - their predilection for evil and accumulation of underlings serves them well as a "final boss" sort of character. Their name is taken from a variety of snake-spirits in eastern mythology, the Nāga, which also lend their name to Voldemort's pet snake.

Another relative quickie this week, I have plenty to do! I think next week we're going to be doing some more requests.
Posted by Joe Sparrow at 12:52 0 comments 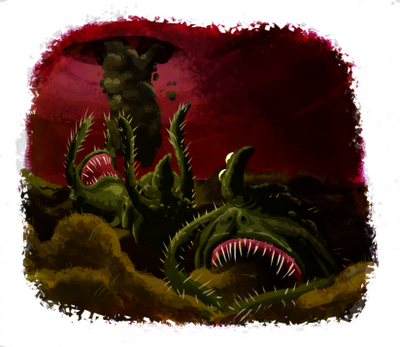 
This is one of Dungeon and Dragons' classic creatures, appearing in the first Monster Manual and thought up by Gary Gygax himself. They're really bizarre looking creatures, with a tentacle coming out of their head that acts as a visual and olfactory organ.
Posted by Blanca Martinez de Rituerto at 18:56 1 comments 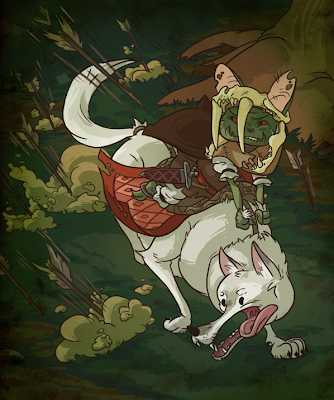 It was a really awesome game.
Posted by Blanca Martinez de Rituerto at 23:04 2 comments 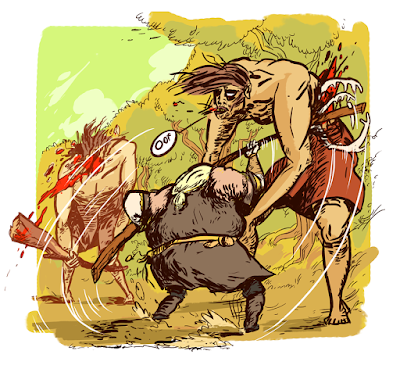 This is the character I had the pleasure of playing in the recent campaign the guys at the London D&D Meetups group held, DMed by Simon Newall. I'm not particularly characterful with my roleplaying but I certainly enjoyed killing three half-giants in one round of combat in a particularly grizzly fight (pictured above). :3
Posted by Joe Sparrow at 23:04 0 comments 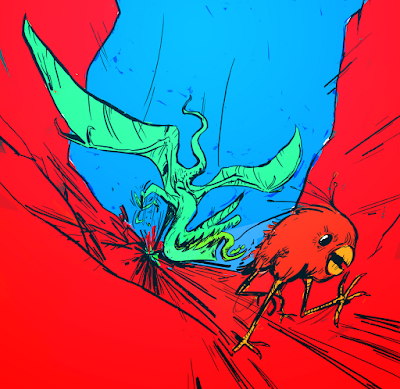 To clear up any confusion, the Yrthak is pictured above hunting another odd-looking creature, the bird-horse or Achaierai, with which it shares the environment of "temperate mountains". This week's theme is "flyers", and it took me a few goes to get it right (or at least "okay").
Posted by Joe Sparrow at 18:14 0 comments 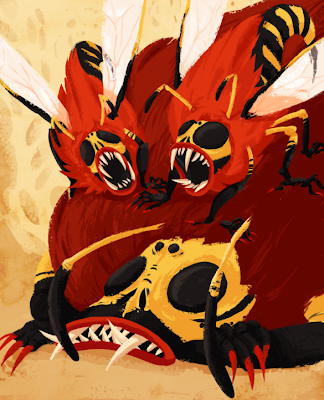 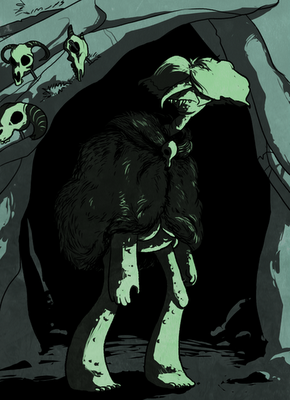 This interpretation of the troll is strangely plant-like. They're mostly green, and sometimes the hair is described as softly undulating, like it has a life of its own. The trolls have a sibling race called Scrags, which are esentially the same only aquatic, and their regeneration ability only manifests itself when mostly submerged underwater. This further empasizes the whole plant thing. Maybe there's a legend somewhere that says trolls came from trees or something.
Posted by Blanca Martinez de Rituerto at 23:38 2 comments 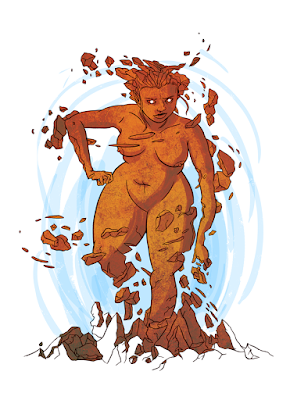 Weirds are elemental beings, pure manifestations of elemental matter and energy. They are divining spirits, whose close relationship to the material of the universe allows a degree of foresight concerning events to come - most Weirds being of the four primary elements, fire, water, air and earth.

Earth Weirds are in some ways the most cryptic of these creatures, foretelling success or failure in regards to material posessions. Each Weird is bound to a specific location of its own element - a "pool" - from which is may not leave (except to return to its plane of origin). The pool of an Earth Weird is as startling as it is deadly - a constantly churning, roiling mass of rock and dirt.

This week's theme is female creatures! This is mostly for my benefit, as I need a lot more practice drawing women (read: I am terrible at it). This little number was cooked up with a lot of help from various reference sources (cough) and inspiring artists (Ross Campbell to name one). I know talking about it is kind of perverted but I have a deep physical admiration for a wide variety of female body types, and I want that to come across in my depictions of them without just being all T&A.
Posted by Joe Sparrow at 23:26 1 comments