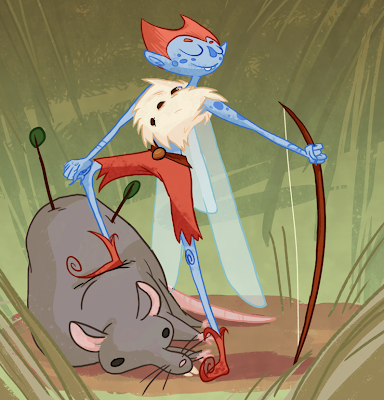 The Pixie is an interesting monster. Small and mischevious, a pixie can turn itself invisible at will, and stay that way no matter what. It's got a large number of innate magical abilities, most of which are geared around disorienting the opponent, including a spell that makes the opponent dance uncontrollably. Its strength isn't combat; the arrows it shoots can cause sleep and memory loss.

It takes four fourth-level characters to take down one pixie. That can't be good for an adventurer's self esteem.
Posted by Blanca Martinez de Rituerto at 19:26